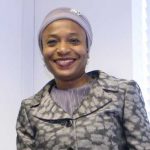 Nor anything else in all creation, will be able to separate us that is in Jesus Christ our Lord.

In July 1909, a son was born into the Akindayomi family of Ondo State of Nigeria. Even though this child grew up surrounded by idol worshippers, he knew there existed a greater power and yearned to know, “The God who created the earth and everyone on it”. This pursuit for God led him to the Church Missionary Society where he was baptized in 1927. Still spiritually unfulfilled, he joined the Cherubim and Seraphim church in 1931.

Whilst there, he began to hear a voice within him saying, “You will be my servant.” Since this was not his intention, he decided to ignore the voice. This went on for seven years during which all the business ventures that he tried resulted into failure. In debt and without peace of mind, he found himself totally dependent on the grace of God. Here marked the beginning of a definite relationship with God.Totally broken, he yielded saying, “Lord, I will go wherever you want me to go.” He asked for signs to confirm that this was indeed God’s call. The confirmation came through the Bible passages of Jeremiah 1:4-10, Isaiah 41:10-13 and Romans 8:29-31. By 1952, he felt totally persuaded to leave the church. He started at Willoughby Street, Ebute-Metta, Lagos a house fellowship called, the Glory of God Fellowship. Initially there were nine members but before long the fellowship rapidly grew as the news of the miracles that occurred in their midst spread.

Thus, the Redeemed Christian Church of God was born in 1952, destined by the Lord Himself to take the world for Him. Sometime in the early 70s, God had spoken to Pa Akindayomi about his successor. The Lord told him that this man who was not a member of the church then, would be a young educated man. Thus when a young university lecturer joined the church in 1973, Papa was able to recognize him in the Spirit as the one that the Lord had spoken about in the past. This man, Enoch Adejare Adeboye who was then a lecturer of Mathematics at the University of Lagos soon became involved in the church. He became one of the interpreters translating Pa Akindayomi’s sermons from Yoruba to English. He was ordained a Pastor of the church in 1975.

Papa was preparing to meet his Creator. He sent for Pastor Adeboye and spent several hours sharing with him details of the covenant and the plans of the Lord for the church. Even though a year before this, the Lord had revealed to Pastor Adeboye that he would be Papa’s successor, it was still too difficult for him to fully contemplate such an awesome responsibility.

Since 1981, an open explosion began with the number of parishes growing in leaps and bounds. At the last count, there are at least about 2000 parishes of the Redeemed Christian Church of God in Nigeria. On the International scene, the church is present in other African nations including C’ote D’Ivoire, Ghana, Zambia, Malawi, Zaire, Tanzania, Kenya, Uganda, Gambia, Cameroon, and South Africa. In Europe the church is spread in England, Germany, and France. In the United States there are parishes in Dallas, Tallahassee, Houston, New York, Washington, and Chicago and also in the Caribbean states of Haiti and Jamaica.

All creation will be able to separate us that is in Jesus Christ our Lord.
Prayer Meeting & Bible Study
00
days
00
hours
00
mins
00
secs
My soul is weary with sorrow; strengthen me according to your word.Psalm 119:28 NIV
Purchase now